Princess Elizabeth lived in a castle and had expensive princess clothes. She was going to marry a prince named Ronald. Unfortunately, a dragon smashed her castle, burned all her clothes and carried off Prince Ronald. What was a girl to do?

Robert Munsch tells the story of what happened next in his usual zany manner. The book is exciting and Elizabeth shows herself to be resourceful young princess. I especially liked the plot twist at the end.

A great book for 4 to 9 year old children (and their parents).

This lovely two CD set of poems is appropriate for young and old alike. It features the works of Wm. Shakespeare, Robert Louis Stevenson, John Keats, Robert Browning and Lewis Carroll  to name just a few. The CD’s are narrated by Anton Lesser, Anne Harvey and Katinka Wolf in a delightfully vivid array of British accents. The poems vary in length from 14 seconds to 16 minutes. There are brief musical interludes taken from the works of Satie, Ravel, Debussy, Tchaikovsky and Rimsky-Korsakov. Give yourself a treat and sign this CD out for your listening pleasure.

Lanark Highlands Public Library has a selection of children’s CD’s as well as a number of adult fiction books on CD.

A Wrinkle in Time by Madeleine L”Engle

Meg and her young, genius brother, Charles Wallace, live with the twins and their mother, who is a scientist. Their father, also a scientist, has gone missing while on a 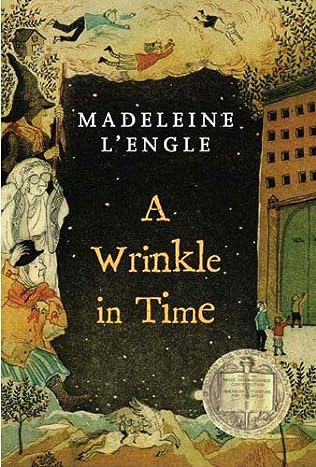 secret mission for the government.  Charles becomes friends with three very strange women from the next house over. One evening the three women abscond with Meg, Charles and their new friend, Calvin. They travel via tesseracts, or wrinkles in time, to look for Meg’s father. They encounter many strange things and phenomena.

This, for children ages 10 to 13, is full of adventure. It is a fast paced read that will be enjoyed by those with vivid imaginations and a tendency toward science fiction. It is the first in Time Quintet.

A group of chronically homeless people – the ragged company – Amelia One Sky, Timber, Double Dick and Digger take refuge from a descending Arctic front by taking in movies at an old theatre. They enter the world of cinematic escapism and also meet Granite, a jaded and lonely journalist who has given up writing. Together they form an unlikely band. The bonds between them are made stronger when Digger discovers a winning

lottery ticket worth $13.5 million, on his daily route digging for cast offs he can exchange for money. None of the four can claim their winnings for lack of a fixed address, but by enlisting the help of Granite they try to change their lives and fortunes forever.

This novel explores the meaning of the word home as Wagamese reconnects his characters to  their various histories and their dreams for the future.

The story is told by each of the characters in turn using first person, past tense. Of the five main characters Wagamese has succeeded in giving a distinct and recognizable voice to only 2. I found myself flipping back numerous times to see who was telling the story when any of the other 3 characters took up the tale.

I found it difficult to believe in the characters as they were often doing things, saying things that were not suited to their particular persona. Wagamese tells us many times that “rounders” (those who have been around a long time on the street) don’t talk about their pasts, don’t bare themselves to others and yet, at the slightest hint of “well maybe you should tell your story” one after the other of the four spills their story to an assembled group of 5 people. Often in these revelations the characters take on, what I assume is, the voice of the author. The vocabulary and turns of phrase are completely out of character for the particular rounder speaking.

The rags to riches story is a popular one and Wagamese gives it a fair go, but again, I found it to be less than believable.

Because of the lack of credence of the story and characters and the resultant lack of trust in the author, the novel quickly became a difficult read for me.

All in all, if I were awarding stars, I would give this book 1 out of 5.

If someone feels otherwise after having read Ragged Company I would love to read your comments.

Fairy School Drop-out: Over the Rainbow by Meredith Badger

“Fairies love granting wishes, right? Well, Elly doesn’t. But then again, Elly is not exactly your average fairy. She’s hopeless at Extreme Flying, always messes up her spells and is constantly getting into trouble. 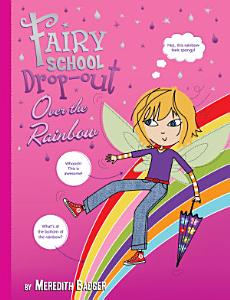 But then Elly’s strict grandmother sends her over the rainbow to boarding school. Will Elly the fairy school drop-out finally become a proper fairy?

Over the Rainbow is one of the Fairy School Drop-out Junior level chapter books. It will appeal to young fairy lovers from 7 to 10 years of age. They will love to read about Elly and all of her adventures and will cheer her on in all of them.

This is a book about being true to yourself while staying within the bounds of good behaviour: a sometimes difficult feat. It is also about loyalty to friends and family.